That face is just about how I feel at this stage in my year of being mentored.

I had my second meeting with my mentor at the end of September, but because I haven’t had the concentration ability or the brain space since then I haven’t gone through their comments and suggestions. I have a deadline looming – my next commissioned translation – and that’s what’s taking centre stage at the moment. 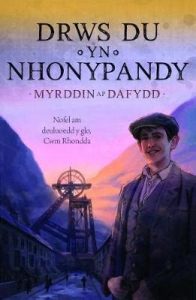 The backdrop of the story is the South Wales miners’ fight for a living wage in 1910, and their lockout and strike. The then Home Secretary, Winston Churchill, sent in the Metropolitan Police to quash the miners and riots ensued. Troops were then added to the mix to reinforce the police presence. Because of this, Churchill’s name is still derided in many quarters in Wales. 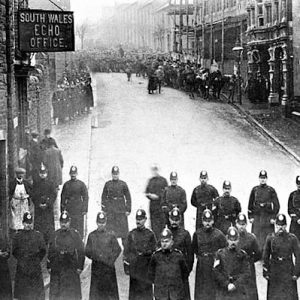 One of the challenges of translating Drws Du yn Nhonypandy has been the South Wales Welsh speech of all the characters. Myrddin ap Dafydd, the author and commissioner of all my published translations to date, always wants to retain some Welsh words in the dialogue, but I wasn’t sure how much additional ‘flavour’ to transfer from one language to the other.

The sorts of words Myrddin wants me to retain are the equivalent of ‘lad’, ‘dear’, ‘mate’ etc. These words are tags in the dialogue. They remind readers that the characters would really be speaking Welsh. They don’t hinder the action or understanding, but they give the reader a gentle nudge.

The original Welsh dialogue in Drws Du yn Nhonypandy is rendered on the page how people from the Rhondda speak. Here is an example:

In standard English, that would be:

“Do you have to get so much water on the floor, lad?” 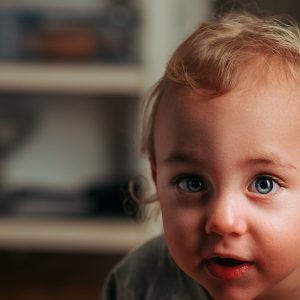 How much dialect and accent is too much?

Before I started editing the first draft, I asked Myrddin how far he wanted me to go in conveying the way people in the Valleys speak English. I suggested three levels.

The first level was to take our usual approach. That means that, in this book, I would include a sprinkling of Welsh words, including ‘crwt’. The word means ‘lad’ or ‘boy’ in South Wales Welsh (‘grwt’ is the mutated form of the root word ‘crwt’). This level looks like this:

“Do you have to get so much water on the floor, crwt?”

A second, deeper level would be for me to reproduce the English accent of the Valleys. I suggested limiting this way of speaking to one or two peripheral characters. An example of such a character is Tal, a grizzled miner who is also a promoter and trainer of bare knuckle boxers. Here he is, in conversation with Moc.

In the Welsh, both Moc and Tal speak in the same way. A standard translation would be:

“No problem, Moc. He’s a tidy with his fists, that boy. We’ll have a couple of rounds here one night next week, is it?”

Here it is again, but in this version I’ve rendered Tal’s speech only into a form of English with similar contractions and accent as in the original Welsh text: 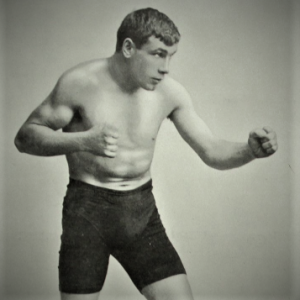 Myrddin and I agreed that the third level – to turn all the dialogue into South Wales-accented English – would be too much. There would be a danger of it becoming a caricature of the ‘look you, boyo’ variety. It would be difficult to read and a distraction from the story.

Whereas the readership of the story in Welsh will at least have heard the South Wales variety of Welsh, those reading the English could be from anywhere  in the world. English might not even be their native language.

As I progressed with the first draft of Drws Du yn Nhonypandy, I noticed that some of the lessons from the first meeting with my mentor on Yn y Tŷ Hwn are already spilling over into my paid work.

The mentor pointed out that, so long as an idea in the same part of the text, it doesn’t necessarily have to be placed in exactly the same order as in the original language. An example of this in Yn y Tŷ Hwn is:

This would translate straightforwardly as:

but which my mentor suggests could be rendered as:

Long, long ago, this in-joke had grown between them (how it had started was lost to time). It was a way of reducing everybody to two sorts, the ‘kindling people’ (full of mischief) and the ‘firelighter types’ (boring). And now here they both were: firelighter types. 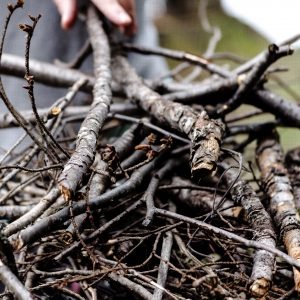 Just for the record, I have this passage rendered like this at the moment, but it may yet change:

The difference between ‘users of firelighters’ and ‘collectors of kindling’ was an old, old in-joke between them. Its origins were lost in the mists of time, but the gist of the joke was that ‘kindling people’ are full of mischief and ‘firelighter types’ are boring. And now here they both were: firelighter types.

I really do hope I can do some proper homework on my being-mentored project in November . . . 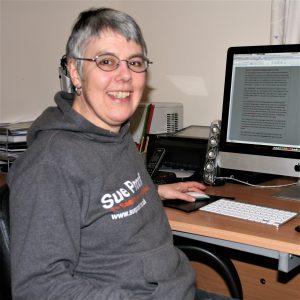 (The picture is for illustrative purposes only. It’s not even my office.)

Words ©Susan Walton 2020; Cheeky Tongue photo ©Ruth Elkin on FreeImages; cover of Drws Du yn Nhonypandy ©Gwasg Carreg Gwalch 2020; the photo of the police lined up across the street in Tonypandy is in the public domain; photo of the toddler is by Janko Ferlič on Unsplash; the photo of boxer Amby McGarry is by Newmans of New York and was printed in the supplement to the National Police Gazette, #1565, Saturday, August 10, 1907; photo of kindling is by Alison Dueck on Unsplash; photo of me ©Chris Jones, 2012.